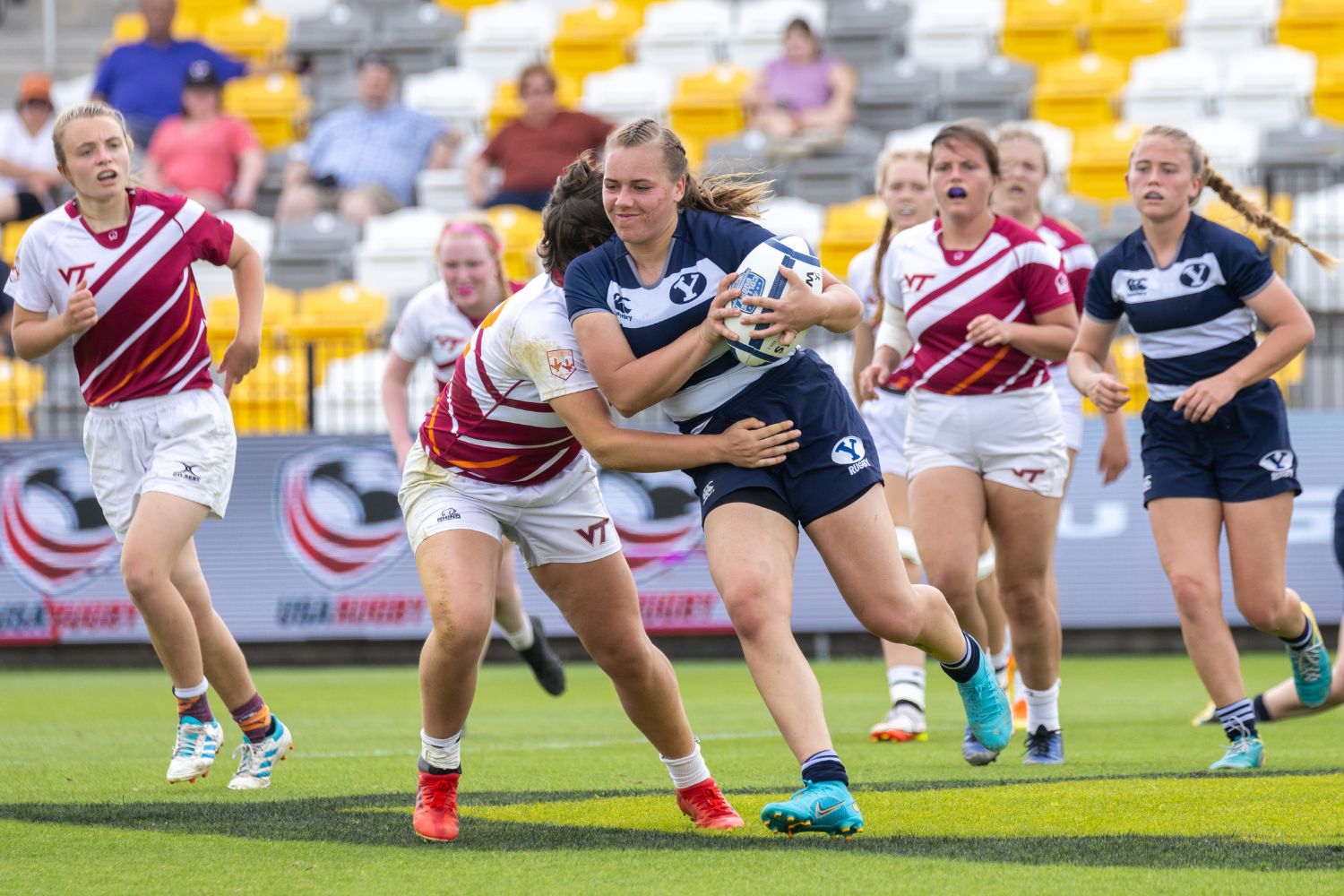 D1 Women have elected an eight team bracket with playoffs commencing on April 15, 2022.

The West Coast Regional will be held at Stanford University with the Stanford versus Grand Canyon University at 1PM PDT.  Brigham Young University will face the University of Washington at 3PM PDT.  The winners will meet in the semifinal on Saturday, April 16, 2022 at 1PM PDT.

The semifinal winners will meet for the CRAA D1 Women’s Spring Championship in Houston, TX on April 30, 2022.

“We are excited for the opportunity to have women’s and men’s competitions at the highest levels compete in the 8×8 Sports Championship Weekend,” said Olivia Benzan-Daniel, CRAA Women’s President.  “Providing a professional environment for these championship matches creates a fantastic student-athlete and fan experience for college rugby.”

Aveva Stadium will be the backdrop for all four championship matches on April 30, 2022.  Aveva Stadium is a proper rugby union stadium in Houston, Texas, as part of Houston Sports Park and is home to the Houston SaberCats of Major League Rugby (MLR). The facility was opened on April 13, 2019, is the first stadium built specifically for use by Major League Rugby, and the second rugby-specific stadium for professional competition in the United States.

“Our goal is to provide the student-athletes with a professional experience and deliver broadcasts to all fans and spectators of the participating institutions,” said Paul Keeler, CRAA Chairperson.  “Partnering with the Houston Sabercats and The Rugby Network is helping us achieve our goal and create great student athlete and fan experiences.

AIG, Pearland Convention and Visitors Bureau and 8×8 Sports have also stepped up to partner the CRAA Championship Weekend.  8×8 Sports, an American rugby apparel company, is the “naming partner” of the overall event and has also sponsored the CRAA Fall Classic in Charlotte, NC.  AIG and Pearland are “event partners” for the event, who have provided resources to benefit the championship participants.  Sponsorship opportunities are still available for the event.

The College Rugby Association of America (CRAA) is a USA Rugby sanctioned competition that includes premier divisions within Men’s and Women’s Collegiate rugby.  The competition  includes Men’s D1A, Women’s D1 Elite, Women’s D1 and Women’s D2.  CRAA is committed to creating the best possible experience for student athletes, keeping commercial resources in the collegiate game, and creating experiences for our members to engage their academic institutions and alumni.

This website uses cookies so that we can provide you with the best user experience possible. Cookie information is stored in your browser and performs functions such as recognising you when you return to our website and helping our team to understand which sections of the website you find most interesting and useful.

Strictly Necessary Cookie should be enabled at all times so that we can save your preferences for cookie settings.

If you disable this cookie, we will not be able to save your preferences. This means that every time you visit this website you will need to enable or disable cookies again.